Have breakfast in a magical forest in Finland, guided by the famous Man from the Forest During a live broadcasting session we will experience a tour in Nuuksio National Park, we will collect wild mushrooms, berries and brew coffee in the fire.

Audience will be able to ask questions live and get answers on the spot!

*Premium package will include:

-Freshly Brewed coffee and a mushroom and a berries pie.

The event will be LIVE!

Watch a short film about the world famous Man from the Forest, who will be our guide in this experience:

PRICES start as of 50 EUR pp for the BASIC version and  80 EUR pp PREMIUM version.

Have breakfast in a magical forest in Finland, guided by the famous Man from the Forest January 13th, 2021Savvas Kazantzides

Nuuksio National Park (Finnish: Nuuksion kansallispuisto, Swedish: Noux nationalpark) is one of Finland’s 40 national parks.Established in 1994, the park spreads over an area of forests and lakes in Espoo, Kirkkonummi and Vihti. North-west from Helsinki, it is the second-closest national park to the capital behind the recently established Sipoonkorpi National Park. The name is derived from the Nuuksio district of Espoo.

One of Nuuksio’s lakes, surrounded by forest.

Located less than 30 kilometers from downtown Helsinki, the park can easily be reached by public transportation. Bus 245A leaves from Espoon keskus to Nuuksionpää and Kattila during daytime.

Within the park there are eight marked trails for hiking. These trails vary in length and difficulty, being between 1.5 km and 17 km long. In addition, there are 30 km of biking trails and 22 km of horse riding trails. Designated spots for grilling, camping and skiing are scattered across the park.

The Siberian flying squirrel (Pteromys volans) is the emblem of the national park due to their high population density in the park.

Nuuksio in the autumn

The national park comprises the westernmost part of the so-called Nuuksio lake highlands. Dozens of endangered or near threatened species animals, plants and fungi are known to inhabit the area, for instance the Siberian flying squirrel, the European nightjar and the woodlark. 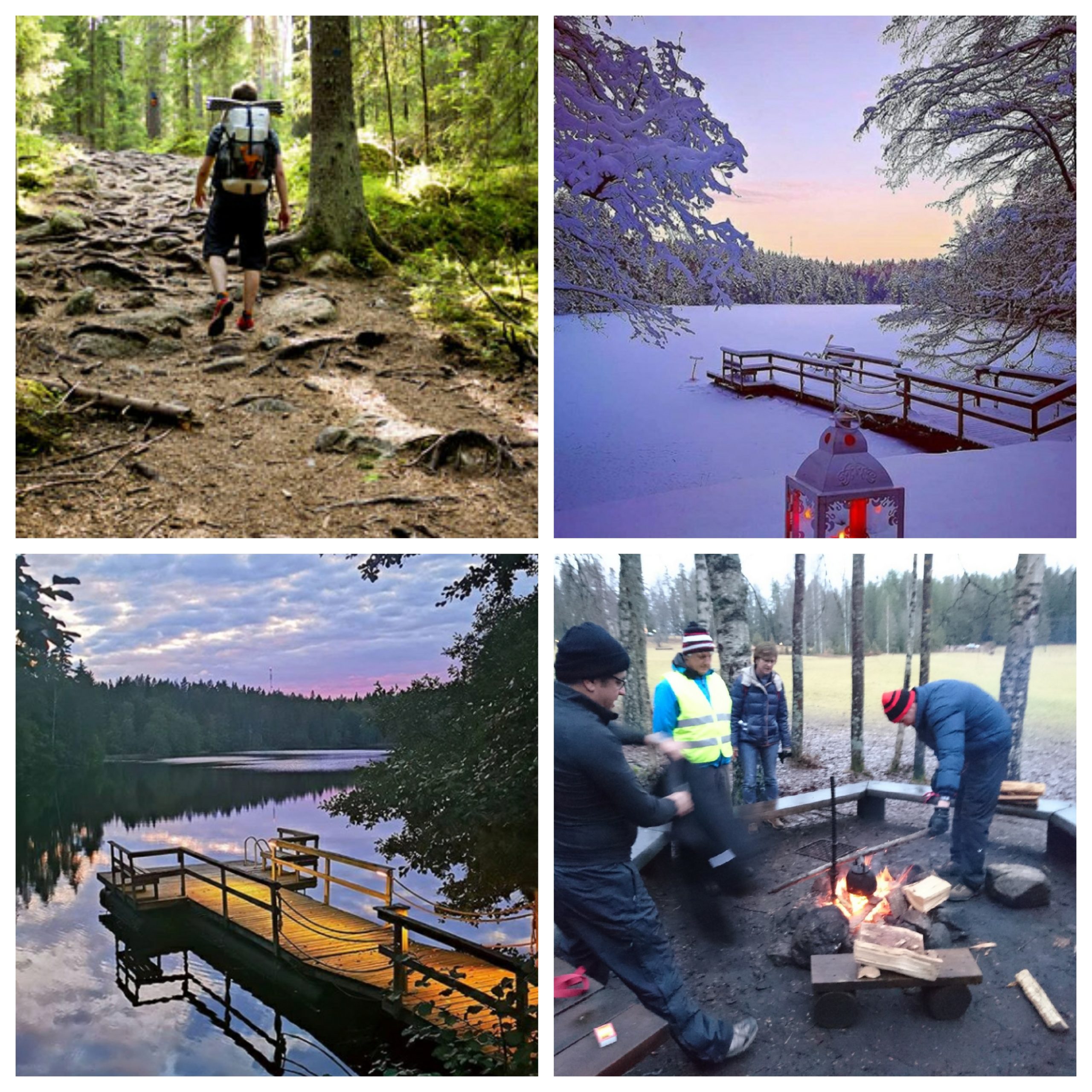 Pekka Väänänen, best known as the man from the Forest, lived the last 45 years of his adult life in the forest of Nuuksio National Park. He spends more than 300 days every year in the forest. are in the woods for a while, you realize what it gives you, says , who is leaping from the winter trail in Nuuksio .

“The health effects of the forest are indisputable without research results and professors. Everyone can experience it just by going to the forest and being there for a little while. There is a peaceful feeling here, and if it you can’t feel it, it’s not the fault of the forest, ”Väänänen knows.

Book Your Seat for Have breakfast in a magical forest in Finland, guided by the famous Man from the Forest