Priya raises the question “ARE YOU FUTURE-READY?” and is ready to talk to your heart and lead you into action!

The pandemic has brought one fact to light – The Future is NOW. Today is tomorrow.

It is important to embrace and harness Technology, Virtual Reality, and Artificial Intelligence as resources for business and lifestyle enhancement.

Change, is a mental attitude, once adapted, the future is yours to conquer! 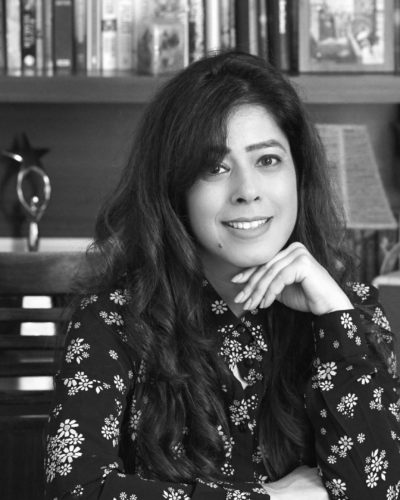 Priya Kumar is an Internationally Acclaimed Motivational Speaker, Keynote Speaker and Bestselling Indian Author of 12 Inspirational Books.
In her 25 years journey as a Motivational Speaker, Bestselling Indian Author and Keynote Speaker from India, she has worked with over 2000 Multi-National Corporates across 47 countries and has touched over 3 million people through her workshops and books, and is the only Woman Speaker in India to have done so.

She is the only Indian Author who has won 37 International Awards for her books.

Turned Filmmaker and Screenwriter, Priya has made a Bollywood debut with her inspirational book “I Will Go With You” as her debut web series “The Final Call” which is streaming on ZEE5.

Priya’s fun, relatable, and structured talks have been revered as a modern-day Technology of Achievement, garnering recognition as the best in the industry.

Priya has written over 700 columns for national and international publications. Her work has been extensively featured by the media in India and abroad and she has been invited as a celebrity guest on several businesses, entertainment, and reality shows.

Known as The Biography Specialist, Priya is currently penning the official biography of Mr. Pullela Gopichand who is the Olympics Badminton Coach. Priya wrote the biography of Late Shri O.P. Munjal, the founder of the Hero Group and Subhashish Chakraborty, the founder of DTDC, which made it to the most popular biography of 2015 on Amazon.

Priya started working at the age of 13 as a French Teacher and taught over 1900 students over 9 years. She then moved on to Motivational Speaking and started her company Priya Kumar’s Training Systems at the age of 22.

Using experiential learning sprinkled with fun, engagement and humour, Priya makes a memorable impact on her audiences. Her workshops are designed for audiences ranging from corporate executives, entrepreneurs, students and as Priya says “for anyone who is committed to making their lives better”.

From keynote speeches, to workshops and strategic interventions, Priya is the most sought after name in the corporate industry.

Full of passion and energy, Priya treats life as an adventure. Her love for people and her purpose of empowering them to reach for the life of their dreams, is her driving force.